I’ve recently become obsessed with the night sky. I think that it was Jupiter turning up in October last year which did it. Since then I’ve looked up for Jupiter on a nightly basis, and have become interested in what else is up there too. While I don’t know what most of the constellations are, I’m beginning to know to look for certain things based on other things in the sky, which is pretty cool.

Anyway, I charged up my camera battery and thought that I’d start taking pictures of space. Yesterday I got a couple of blurry overexposed pictures, but today I tweaked the settings a little and ended up with the picture shown above. I’m really impressed. 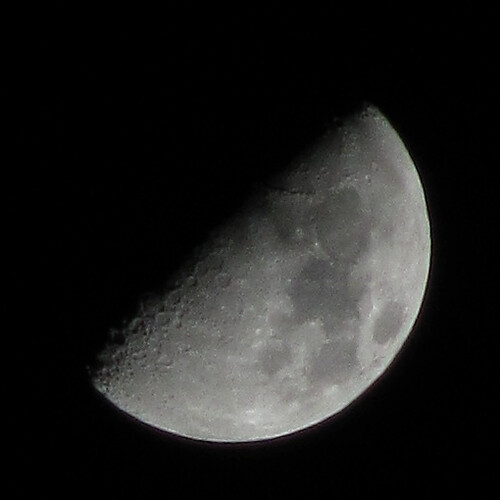